I speak good Polish, but I have real problems writing it – 30 years of no practice! – so I will answer in English, if I may, although I understand the questions. Being bilingual is not as simple as it may seem 🙂

My family left Poland in 1985, and I learnt a little English at school and home, from these cute little books full of cute cartoons, showing people in unusual situations – I don’t know where my mother got them from. Arriving in London, just as Poland was experiencing its darkest, poorest days of communism – no food in the shops, clothes rationed, even toilet paper a luxury – was astounding. So much wealth and colour and diversity. To this day, I still have an accent no one can decode, something between Dallas and Melbourne, because my sister and I spent our first summer watching daytime TV, and that is how we actually picked up enough English to go to school – from watching American and Australian daytime soaps.

I was then sent to a “language unit”, a special school for refugee kids (there was only three or four white faces out of 300 students, mostly from Bangladesh), which was supposed to prepare us for mainstream education. I was terrified, because the tutors there told us we would have to wear short trousers all year round and that teachers in normal school could beat us with rulers and canes. None of this was true, of course, I think I just had the bad luck to meet a sadistic teacher who couldn’t get a job in a normal classroom. After 3 months in this very odd place, I ended up being sent to a very good school in West London – Gunnersbury Catholic School for Boys. On the first day, the headmaster’s secretary asked me if I wanted to be called Marek or Mark – I don’t know why I decided to stick with my original name. I wanted badly to fit in, to leave our poor past behind, but I didn’t have the courage to say so and asked to keep my old name. I wonder what my life would be like now if I had made a different decision at the ripe age of 12… such details matter!

My parents were busy with their own lives, they didn’t care either way. Somehow, they didn’t find life in Britain all that easy. Or pleasant. They didn’t try to assimilate or reach beyond the Polonia community. I think for people born around the time of World War II, raised during Stalinist days, it wasn’t easy just to fit in and be free. My parents divorced quickly, my mother liked talking about the same things she talked about during Martial Law – politics, religion, culture – so I kept her company and I think that is why my Polish is relatively good today. Lots and lots of heated arguments over cigarettes and wine! My sister and my younger brother (born in London) were not so keen on those topics, which is why their Polish is now not so fluent. Today, I speak to my parents in Polish and my siblings in English. 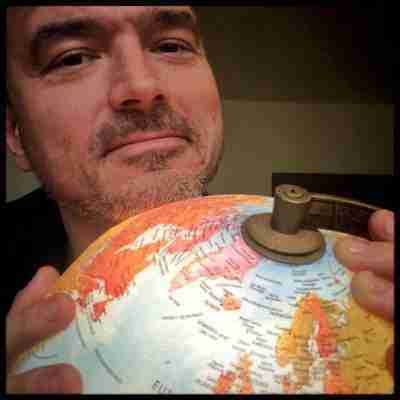 Not at all. I remember seeing strange things when we first arrived in London – Polish mothers walking their kids in the street, speaking to them in Polish, while the kids replied in English. Now I am a trained linguist, experienced translator and language teacher, I find such remixes endearing. I wish everyone spoke many languages, but in the West we tend to only speak English, which is very limiting, culturally and mentally. I think Brexit is a rejection of diversity in Britain which stems from the fact that when I was in secondary school we were allowed not to study modern languages any more. The moment foreign languages became optional in school, most students dropped them and look at what we have now – a multi-ethnic England which has food, clothing and culture imported in wholesale, but which refuses to share in the spoils and wants to go it alone in the world. We’ve forgotten the old British saying “Variety is the spice of life!” and this is really now hurting Britain’s economy and its standing in the world.

Evolution, like time, flows one way. No matter how much we wish to have the past back again, it cannot happen. The British empire was built on foreign muscle, because Britons are a nation of managers, not labourers. Back in 1985, Poles in the UK were far and few in between, and very respected. We worked hard, the kids did well at school, we dressed nicely and didn’t stick out too much. Things today are, unfortunately, not so rosy for recent arrivals.

For all the poverty and oppression we experienced under communism, my childhood was wonderfully happy. I think part of the problem now is that kids don’t long for things, don’t aspire, don’t know how to wait for gifts, new clothes, even food. I have always loved Poland, no matter how good life was in England. And I always missed it very much. Missed the vividness, the “texture” which I think is missing from Western countries. I do enjoy travelling, to places like France, Sweden, Canada, but none give me the fuel and the fire I find here.

Escaping in 1985 was necessary, but I moved to Poland again in 2000, lived in Warsaw for two years and then returned to England to try and establish a career as a writer. Now things are different, because of the internet and cheap flights. I can live in Poland and have an international career, which is wonderful. I love living in Poland, but working here is hard. People mistrust each other. Maybe sometime soon I will move again, to Toronto or New York, but if I had the choice I would never leave Poland. My heart is here. Or maybe it’s now all over the place, through all the amazing people I’ve met in my life – from Spain, Colombia, Finland, America. I feel very much a global citizen today.

Linguistic experts claim we think in our own non-verbal languages, which are then compressed and converted into Polish or English or other sounds. I definitely think in English, even after three years in Poland, but that is because I am still reading, writing, translating and speaking a lot of English. When I get angry, or drunk, I tend to swear in Polish – but when I am driving or cycling and someone cuts me up, I shout in English. I don’t know why!

I also wish I had time to brush up on my Spanish. I learnt it years ago, and love the idea of expanding my vocabulary, my mind into another dimension, I just lack the time.

In terms of speaking, listening, reading and writing, I am perfectly fluent in all four in English. In Polish, the first three – but because I never practiced writing Polish, I find that very hard. It takes me three times as long to write an SMS in Polish as it does in English, not to mention emails or letters. So I always tell my students – practice makes perfect – if you don’t use it, you lose it (I lost my fluency in Polish writing when I was 12 years old).

In England, I was always seen as dark and depressive. People would tell me off for being “so Polish” whenever I criticised or disagreed with something. In Poland, people tend to see me as the opposite – annoyingly bright and cheery. In Canada and the US, they smile too much. In Poland, definitely not enough. I always tell everyone that I am always trying to be objective and realistic, that’s all – something balanced, in between. Smiling just makes me feel better, and if people want to judge me negatively, that is not my problem 🙂

After years of writing and translating serious literature, I am now so happy to be working with kids poems and popular songs. Translating Tuwim, Osiecka, Brzechwa, Kabaret Starszych Panów, Fredro, Franek Kimono – these things are so full of joy, it’s impossible not to laugh. Especially when thinking about exporting them around the world. People who encounter and hear my translations are filled with joy, and pleasantly surprised. I hope in five, 10 years’ time the whole world will know this pleasure too.

Polish is definitely more flexible – for writing poetry or song lyrics, it is much more adaptable than English. But then English has a huge amount of words to choose from (10 times more than Italian, for example) so it balances out. English is a mishmash of many languages, which is why I think many people find it easy to learn and use it. I love the sound of Polish, as well as Russian, but I don’t like the sound of Portuguese, for example, or Dutch. Strange, isn’t it?

This is always the greatest adventure. The compromise is a pleasure, an honour. How to be true to the length of lines, the melody, the words, the ideas, but also make the new version work in the target language.

Take this short poem by Julian Tuwim, look at the title, the choice of words, the length of lines. It shows you how much can be copied, but then also how much needs to be changed. Could I change the title for “Stream” or “Rivulet” or “Brook”? Should I? I use those names in the poem, so it is always a matter of choice – of what we feel works best, in order to achieve the ultimate aim – to make the reader have the same experience in the translated poem as they would in the original.

I think the Polish version is just lovely, full of beautiful colour, and I hope the translation reflects this.

You see, Polish culture is born of so many centuries of hard times. That is how diamonds are made – by subjecting wood and coal to immense pressure for thousands of years. That is why Polish literature is so brilliant – hundreds of years of wars, oppression, partitions, occupations and other hardships have created incredible stories. Special geniuses. In Poland, uniquely, great poets wrote poems for children or songs for the stage (how many people, for example, know that Chopin wrote music for songs written by Mickiewicz? Or that Mickiewicz translated fairytales by La Fontaine from French into Polish?).

But this is also why no one believes that this brilliance can be translated and made popular among children and music audiences around the world. Poles are not good at hoping, at experimenting, at thinking freely. I have spent the last three years trying to find money and partners who can help me share these great works of popular literature with the world, with no success so far. I hope I can prove the Doubting Thomases wrong and give Polish people more confidence in their culture, as well as the world more brilliant poems, stories and songs to enjoy.

For example, I have just translated Akademia Pana Kleksa into English (the first time this has ever been done) and want to release the book in time for Christmas 2018, but because publishers are usually very slow to release books, I think I might do a crowdfunding campaign and ask Poles from all over the world to help issue this first ever edition. Along with my translations of Pchła Szachrajka and other Jan Brzechwa poems. They are incredible!

Working for charities in England and Canada, I am trying to set up a certain project in Poland – www.poetryonsong.org – which will encourage all schools, colleges, libraries and cultural centres to perform translated songs and poems, not just for their own pleasure, but for audiences at home and abroad. I think Poland is a land of unbelievable potential, but you have to not just speak, but THINK many languages, to be able to both perceive and make best use of that power. That is how we always evolved as a species – by coming together and listening to each other’s stories.